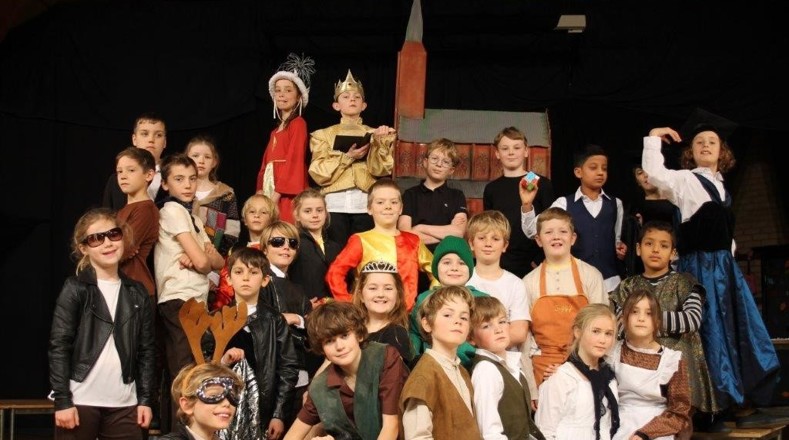 The perfect wizard, August Strindberg declared, when asked to describe one of his favourite authors. Indeed, Hans Christian Andersen’s stories are still enthralling children; UNESCO lists him as being among the top ten most widely translated authors in the world.

And so his stories are read in Tokyo and New York, in Barcelona and Guatemala City, in Auckland and Beirut; they have become collective cultural property. Great writers, as Nabokov reminded us, are not only storytellers and teachers but also enchanters.

I wonder what Hans Christian Andersen would make of his stories being reinvented and reimagined on the screen, on the printed page, and now, on our Dolphin stage too. He may have disapproved of some of the slightly saccharine modern versions with their endings re-written.  But then again, he may not.  After all, he wrote and re-wrote many versions of his own life and many scholars question the authenticity of his autobiographical stories!

In our original production ‘Hans’, we explored Andersen’s early life and several of his stories: ‘The Nightingale’, ‘The Princess and the Pea’ and the perfect story for a winter’s evening, ‘The Snow Queen’.  In his book ‘The Uses of Enchantment’, Bruno Bettelheim wrote about fairytales: “The child intuitively comprehends that although these stories are unreal, they are not untrue.” And fairy tales are complex things to re-imagine onstage.  Get them wrong and the moral disappears in a puff of smoke!  Get them right and the stories resonate with your audience long after the final curtain has fallen.

Our young cast worked tirelessly to present our latest show, and despite many members of the Company having to self-isolate, missing weeks of rehearsals and some not even being able to perform at the very last moment, these children have been incredibly brave and resilient and, I believe, pulled off a Christmas cracker of a show!  The Dolphin Drama department is very proud of them.