From a small community in rural Berkshire, Dolphin actively enables pupils to connect with communities locally and globally. In order for this generation of young people to prosper and humanity to flourish, we believe experiencing community activism at school is vital for a sustainable future.

At Dolphin, we view our social responsibility as much more than raising funds for charity:

Over the past 5 years, Dolphin children have raised over £2,000 for Honeypot and The Brain Tumour Charity, through fundraising activities including; hot lunches, selling ice creams and our annual Student run charity fair.

In November 2016, Dolphin announced that it had teamed up with Building for the Future (BFTF), a Wokingham-based charity which provides activities, support and therapy for children with disabilities. Dolphin's first fundraising initiative for Building for the Future was its Christmas Fair, where Dolphin children came up with brilliantly inventive stalls from 'Fortune Telling' to 'Marbles Mazes' and the 'Lego Challenge' and raised an impressive £743.83 in just 90 minutes!

"We are absolutely honoured to have been chosen as Dolphin School's charity and are very much looking forward to working together. While it is important for us to increase awareness of what we do and help with our fundraising is always welcome, partnering with a school is particularly rewarding as we work towards our over-arching aim of better integrating disabled children into our society. We would like to thank everyone at Dolphin for their very kind support."

Jane Holmes, CEO at Building for the Future

This year thanks to all the children for their fundraising and creative ideas on the stalls. and parents for their help and support, over £630 was raised in just over an hour at the Charity Fair. 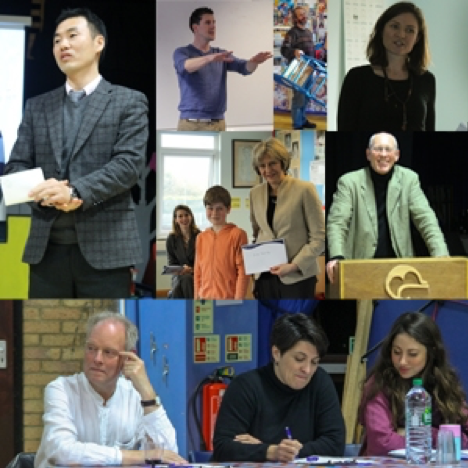 Through annual Earth Studies lectures and a visitor programme, Dolphin welcomes experts from a range of fields including; government, science, non-governmental organisations, local campaigners, faith groups and the media.

The Dolphin community has an opportunity to find out more about global issues, discover how to get involved and ask questions of the specialists.

Dolphin has been privileged to welcome guest speakers from the following organisations: 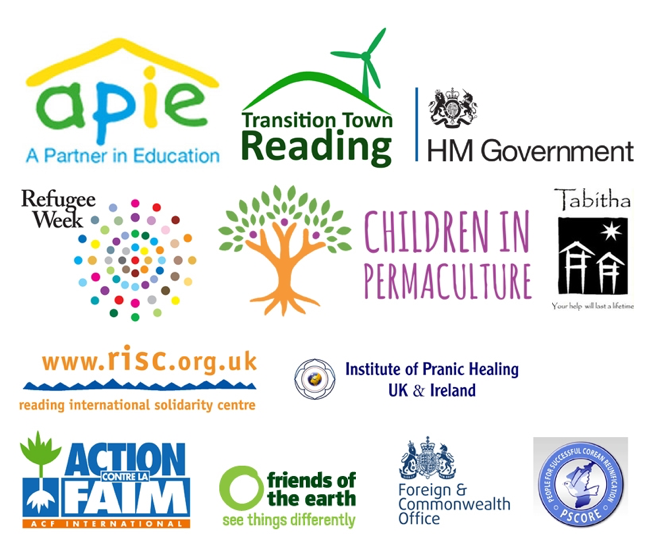 Posters from our previous lectures: 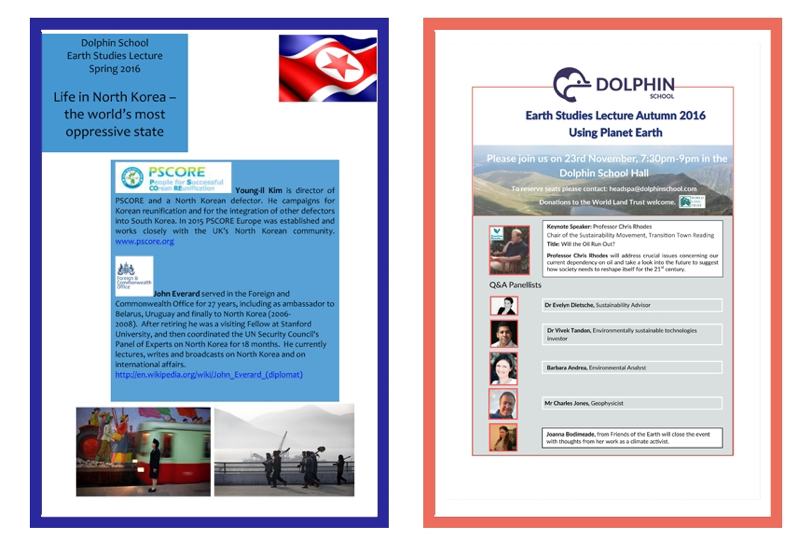 Find out more about our previous lectures: 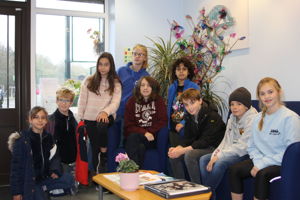 The Delphic Challenge, an exciting activity and outward bound programme, was launched in 2015. The scheme is made up of 5 sections, which includes Service.

The Service section of the Delphic Challenge is about helping or being of service to others. It involves volunteering in the local community and giving time to others. Examples include; spending time in a care home reading to the elderly, working with our Nursery children, playing music for the community, working at a local arts festival and fundraising for a charity. 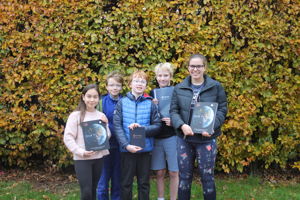 Our dramatic performances at the Edinburgh Fringe Festival have explored issues of war, mental health and refugees. It was the refugee crisis that inspired Judy Seall’s 2016 production, Tales from the Tent. 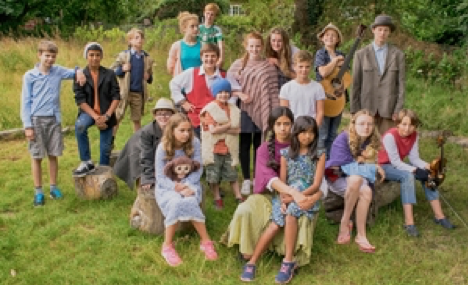 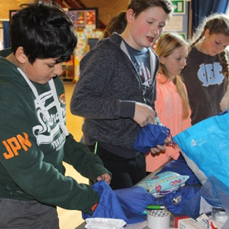 Refugee Relief was founded by a former Dolphin parent, Ruth Curtis Talbot. In response to the refugee crisis in Europe, the Dolphin community worked hard to raise awareness and collect donations for Refugee Relief and Care4Calais. 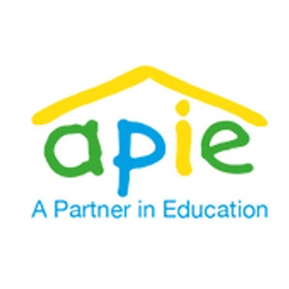 During the 2015-16 academic year, a link was established with Umubano School in Rwanda, a school built by and run in partnership with A Partner in Education.

The idea was to exchange information about our respective countries and to learn about another way of life.  Contact was made via Skype and we learnt about each other's cultures and schools. During one of our conversations it became clear that the Rwandan children don’t have many opportunities to play sport and didn't know how to play rounders so with the help of our FunRaisers , we were able to send them some sports equipment so that they could learn to play.

We continue to exchange information with the school on an annual basis and are kept informed of the school’s progress. 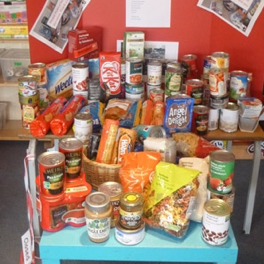 Each year our Nursery children and their parents collect food donations for Readifood Refugee Relief. Readifood is Reading's food bank which currently delivers around 120 Emergency Food Parcels every week to families and individuals across the greater Reading area.

Since 2016, the whole Dolphin community has undertaken a Reverse Advent Calendar, bringing in different items every day of Advent up until the end of term and then delivered by our pupils to the Wokingham Foodbank.

Collections also take place at other points during the year for example in recognition of Harvest.

In 2019, Dolphin School donated 57.90 kgs to the Wokingham Foodbank, for which we received a certificate of thanks. This enabled the charity to help local families who, because of a crisis in their lives, could not afford to buy food over the winter period. 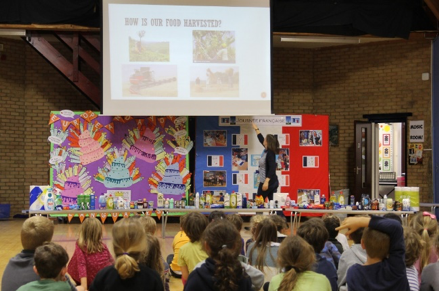 Every term, Dolphin children and their parents bring in their used clothing for Bag2School. This initiative helps to protect the environment, by diverting unwanted textiles away from landfill, whilst also raising valuable funds for the school. 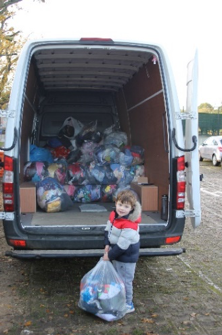 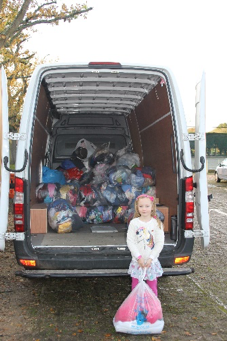 The school are proud members of this local organisation that has worked hard to establish a twinning link with Cuincy in northern France. Representatives from the Modern Foreign Languages staff were on hand to help out during the inaugural visit by the French to sign the official twinning agreement in March 2018.

A leaflet explaining the history and some of the notable sites in Twyford has also been produced in French to help non- English speaking visitors to the town.  This is available in the library in Twyford.

We were also delighted to be able to host a class from the Ecole Joliot Curie from Cuincy on 23rd April 2019.  The French children and Dolphin’s Year 6 pupils took part in an afternoon of activities which encouraged them to work together. They drew each other’s portraits in the Art Room, played team games, learnt how to play netball and all learnt the same song.  The afternoon finished with all of the children singing to assembled parents and members of the Twinning Association and everyone enjoyed an English afternoon tea.

In October 2019 we were also very honoured to be able to welcome the Mayor and his deputy, along with their wives, for a tour of the school.  They were very interested in the many differences between Dolphin and French schools and delighted that we wish to further develop our links. 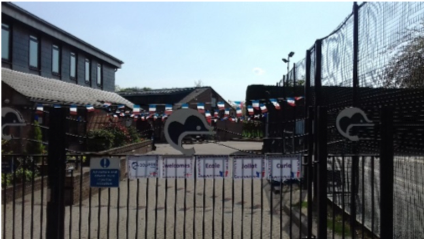 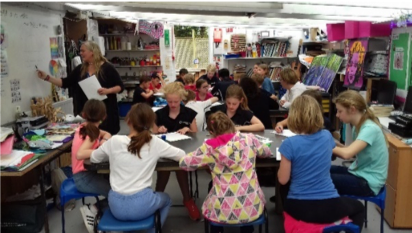 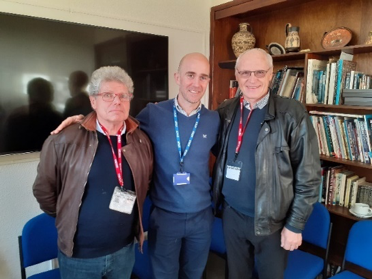 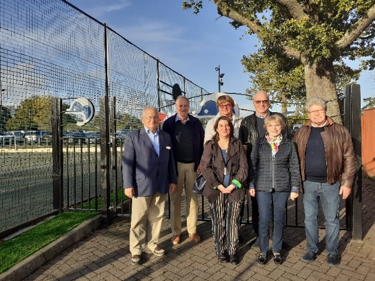 The school’s gardening Club are members of another local association which allows them to exhibit at the four shows that are held each year in Wokingham.

Small groups of children and some families regularly visit the shows where they are given a very warm welcome by all of the other members.  Dolphin has had a number of successes and we have proudly looked after a number of show cups.  In recent shows it has been great to see staff as well as pupils involved in exhibiting their baking, preserves, craft items as well as plants and flowers.

In addition to this Dolphin staff provide technical support for the Winter talks that the Association run and the talk on hedgehogs was a firm favourite with the children. 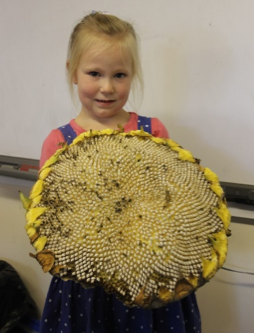 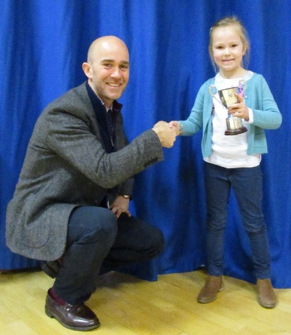 This is another local association with which the Gardening Club regularly are involved. We try, every year, to enter the ‘Potato in a bucket’ growing competition and the children enjoy helping out at the prize evening when the weighing and recording of the results takes place.  This is a great opportunity for the children to be involved in local community activities and their enthusiastic attendance is always much appreciated.

In recent years Dolphin has also had a stand at the June Hurst Show and many conversations have been had on our plans for sustainability.  the plastic bottle greenhouse and our work on establishing hedgehog highways locally have been the most engaging of topics. 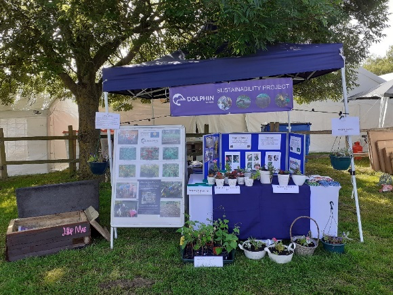 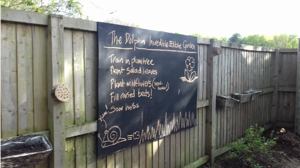 Teaching the children about sustainability is another element of our belief that the children can make a difference.