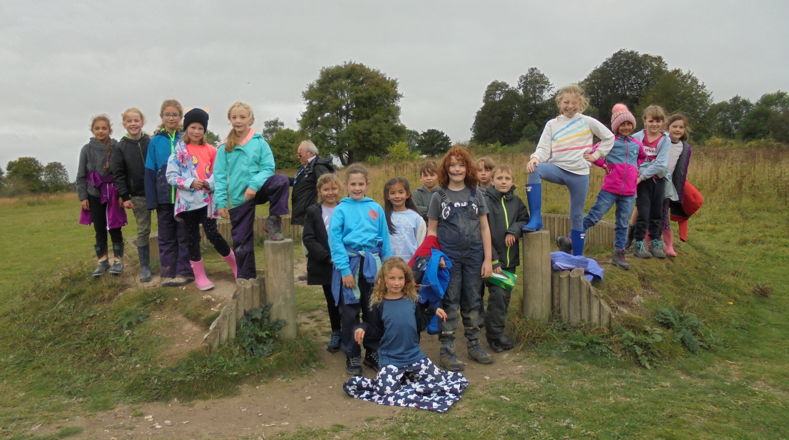 2100 years after the last inhabitants deserted Danebury Hill Fort, the ancient site was invaded today by an army of 19 (plus 5 non-combatant adults) Year 4. Braving the vagaries of a British "Indian summer" - amazingly it didn't rain -  they stormed up the slopes, and encircled the entire rampart in less than an hour, taking time to delve deep into the gully alongside the defences, and finally literally rolling all the way down the hill again. A quick lunch on site found them sufficiently refreshed to attempt a second invasion, this time of the Museum of the Iron Age in Andover. We were welcomed by a delighted staff who said we were only the second visiting school since lock-down. The children had the museum to themselves and were able to explore all facets of iron age life.