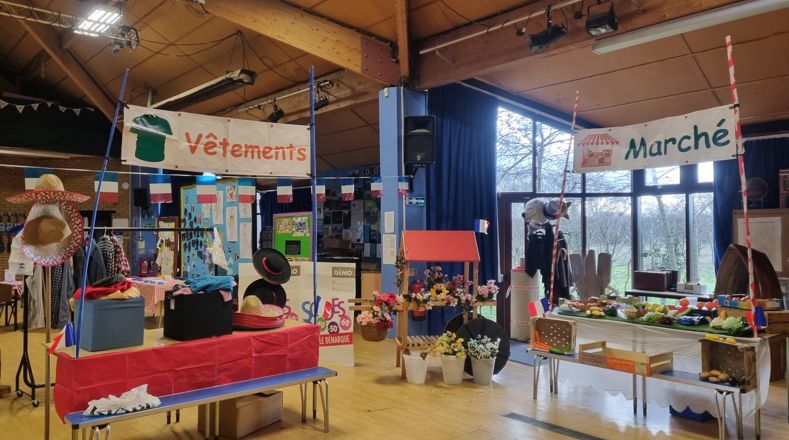 On Monday 28th February we were delighted to be able to run our French day again after a gap of three years!  The hall became a French town with ten shops ranging from the traditional boulangerie to the pharmacie.  There was even a doctors' surgery where Year 6 pupils explained their ailments before taking their prescriptions to the chemist.  As a new addition this year the market had a flower stall which proved to be very popular.  We were very pleased that French speaking parents and members of the Twyford Twinning Association were able to join us for the day to give the shops that unique French flavour! The café was very busy at breaktime distributing croissants and pains au chocolat to the whole school.  Everyone also enjoyed their French packed lunch complete with baguettes! All of the children from Year 1 to Year 8 put their French language skills to good use during the day and we hope that this has given them the confidence to speak french when they visit France on holiday.